Tag Archives: what katie did corset

Here you go folks! A round up of photos taken mainly by Mr. Mew of the 3 days. I would have included more of him, but he was not happy with his outfit and hat mismatch, so have had to leave some out. Enjoy!

Supposedly Bill and Ben, but more like Thompson and Thomson from TinTin or Mr Ben! Bill, his son and I in the back lot at Goodwood Revival 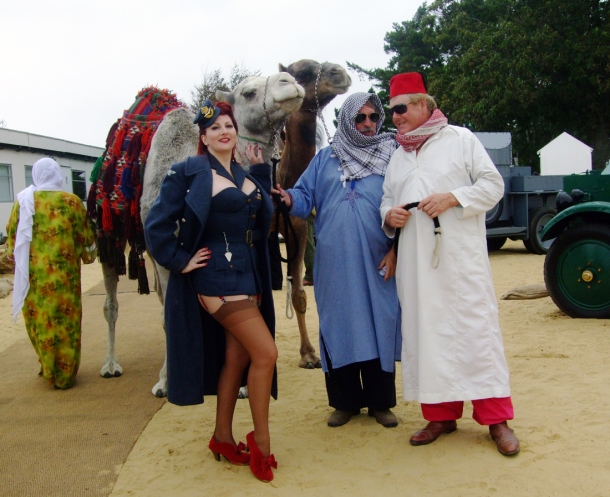 The camels outside the Driver’s Club VIP area!

Inside the Driver’s Club, shmoozing with the peoples… 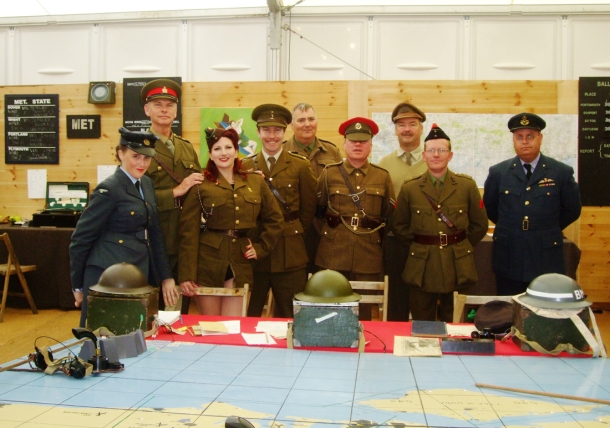 Kitten and The Garrison reenactment Group with a couple of members from the Goodwood team too! 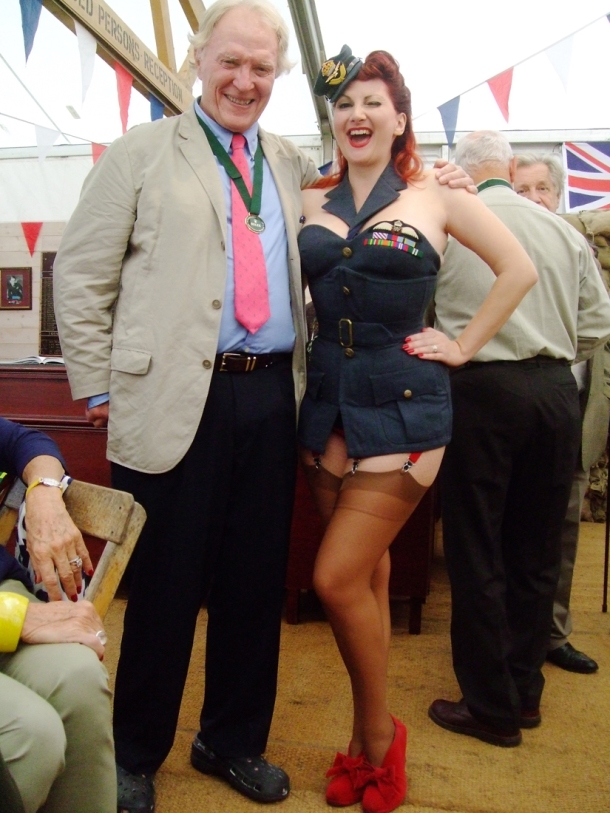 Dan Gurney and Kitten in the Driver’s Club. What a guy! 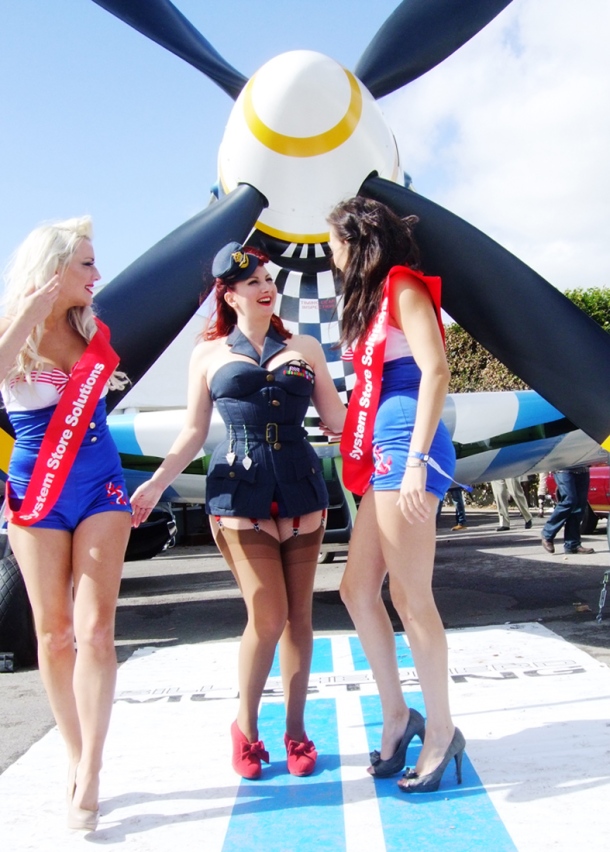 A couple of pinups from a magazine wanting photos!

Sitting in a classic F1 racing car…again… Thanks boys! You certainly need a corset to squeeze into that tight space! 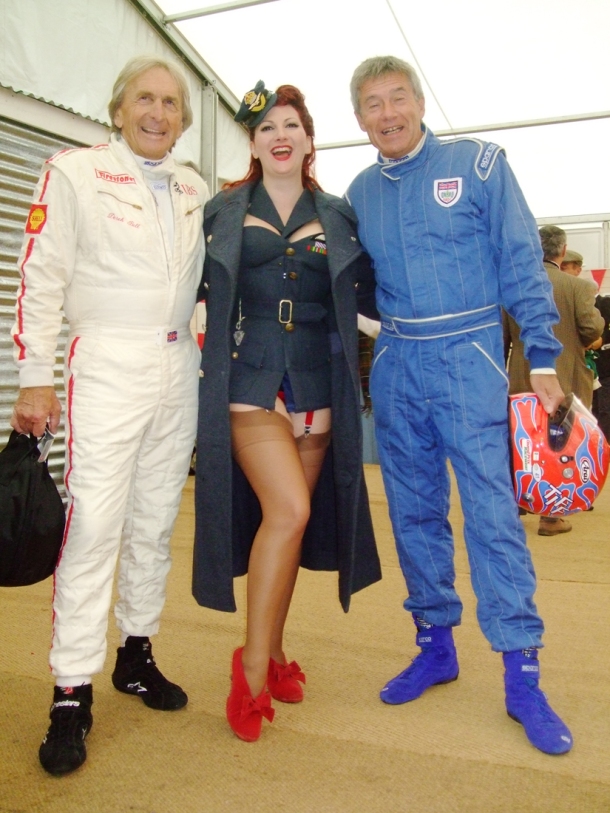 Derek Bell, Kitten von Mew and Tiff Needell in the Driver’s Club. Nice to be recognised! 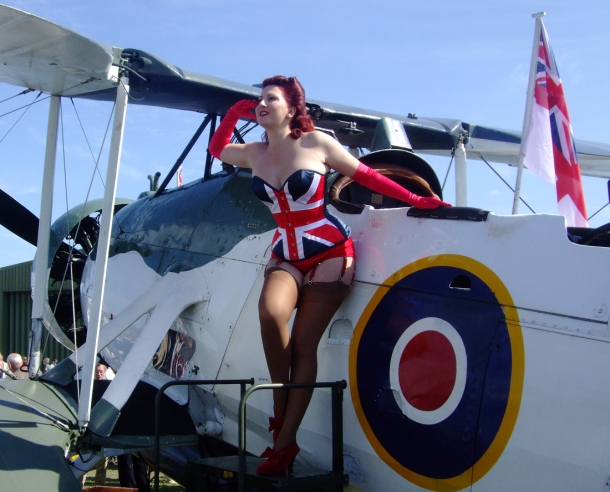 Sterling Moss and I in the Driver’s Club. His wife recognised me immediately which was lovely. I proudly told her all about fitting a thermal vest under my corset. Stirling was more interested in my suspender belt 🙂

Kitten von Mew and Sue O Donoghue in the backlot having a squidge. Didn’t get to see enough of my lovely lady this year! 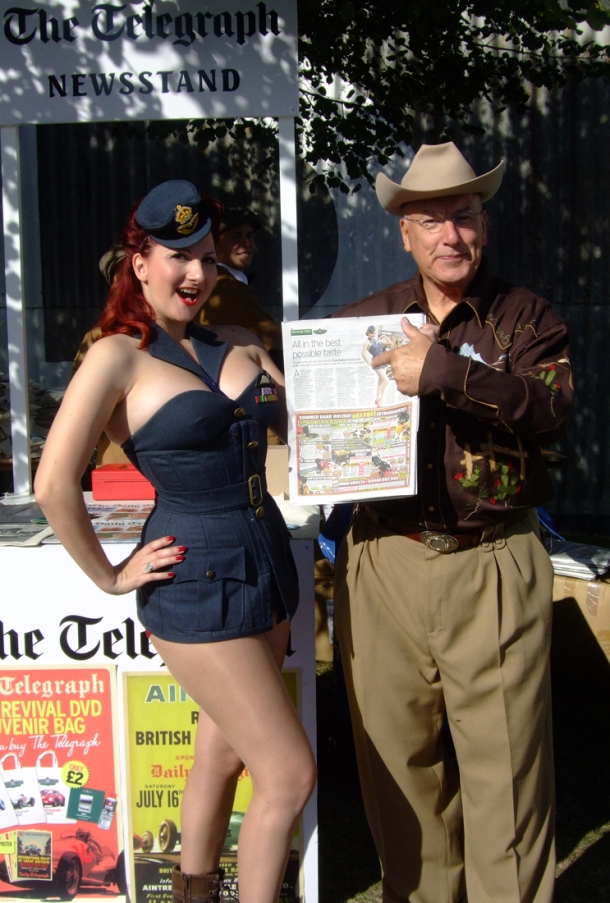 Terry Elliot and I posing with the Daily Telegraph on Staurday which had a 2010 photo of me in there advertising Goodwood! Yeeehaw! 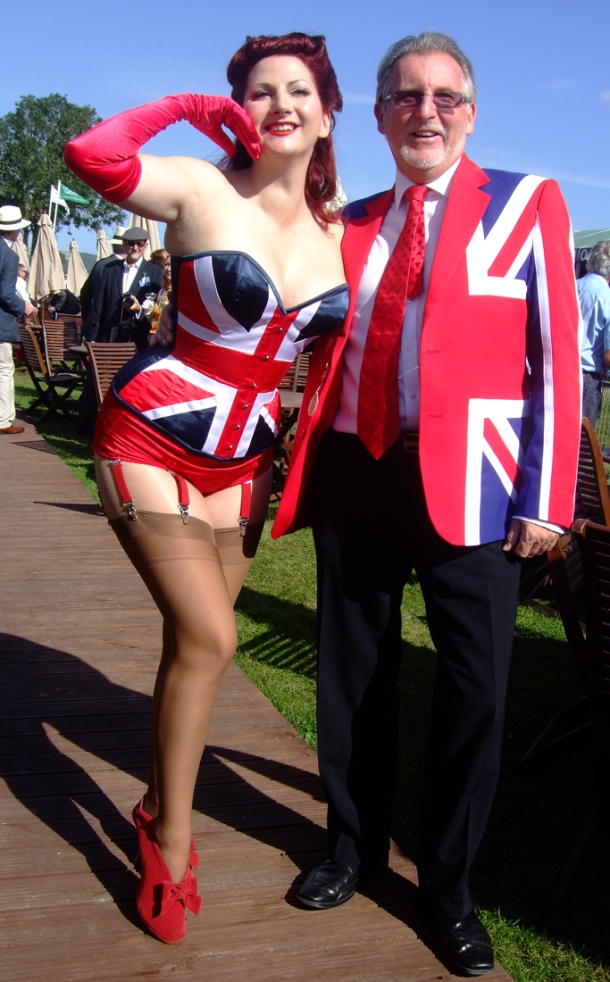 The best of British at Goodwood Revival 2012!