For Father’s Day this year, we thought a trip to Ashdown Camp’s Wartime in the Vale would be a great idea. I had to swallow my pride a little, as I used to perform there many years ago and was let go when a new entertainment organiser was brought in.

We firstly stopped at the fabulous Fourteas in Stratford Upon Avon to have a family breakfast (thoroughly recommend the G.I. Breakfast and Earl Grey tea!) before heading to Evesham.

The event has increased hugely from the small field event it once was. I could hardly recognise the place! We got there at midday, with no entrance queues and there were huge displays of military vehicles. The main arena had First World War and WWII vehicles, tanks and cavalry (best displays I have seen at a show). 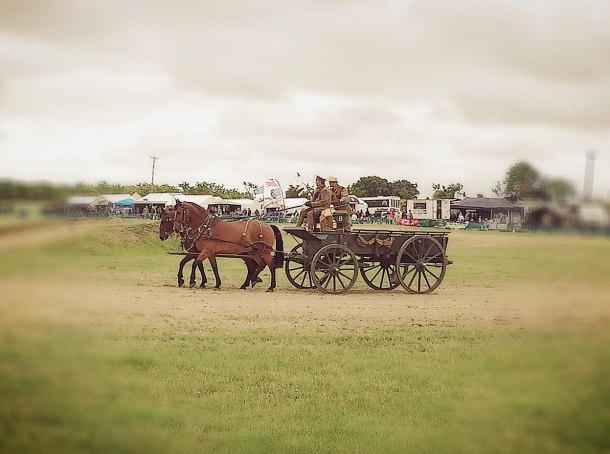 There were lots of stalls (a few good ones, but 50% were annoying tat, Lindy Bop 50’s dresses, 80’s doing vintage or extremely overpriced vintage military (£35 for moth eaten military breeches that needed patching up, sewing and new fly buttons and lacing?!). It kind of reminded me of how War and Peace started to go, so they could entice young people and families.

I was also NOT impressed by one guy representing Help for Heroes, who made some kind of tongue-in-cheek comment about my ‘big buns’ and a bake sale, before somehow thinking it was hilarious to say “You know, if you can tear yourself away from Jeremy Kyle or whatever it is you do in the daytime…” seriously?!?! At least these two were professional!

Thanks to my friend Stephen, I had the honour of going inside the First World War tank, which was fascinating. Boy was it cramped! With lousy suspension and lack of headroom it would certainly be no good for just popping to the shops in…

One of the most dangerous places to be in the First World War, they were cramped with exposed scolding-hot pipes, toxic fumes, noise and more. Around 8 men would be put into these hazardous machines and many became ill or died from heat exhaustion, carbon monoxide poisoning from the engine, horrendous burns from the pipes or killed by the axis forces.

Back to the show!

For the little kids, there was a mini fun fair that certainly amused Betsy for 20 minutes before home time! The mini swing boats were actually from 1945, which was awesome! 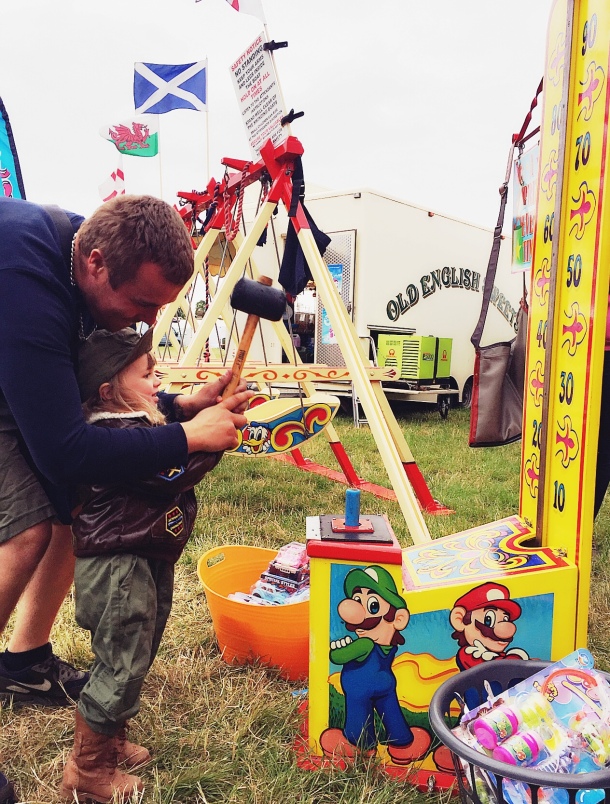 I would say that it would have been nice to have some smaller entertainment spots, set up at a couple of other areas (other than the main marquee), but it would’ve been impossible. Everything is set around the central arena, which is obviously rather noisy and the main focus of the show. Any singers or music would get completely drowned out by the tannoy, pyrotechnics or engines!

I think I would go back for a day out with the family, but would bring ear defenders for Betsy Boo next time! There were warnings with most of the explosions, but some we were unprepared for and she soon started trying to hide!

I would thoroughly recommend the displays, which were fantastic, but if you go with shopping in mind, maybe go to a carboot sale before hand and just enjoy the rest!