So…back from Twinwood and I can safely say that it was even better than last year. I loved the fact they had a new big marquee (The Colonial Club) and although the weather forecast threatened everything from thunder storms to hail, we were very lucky! 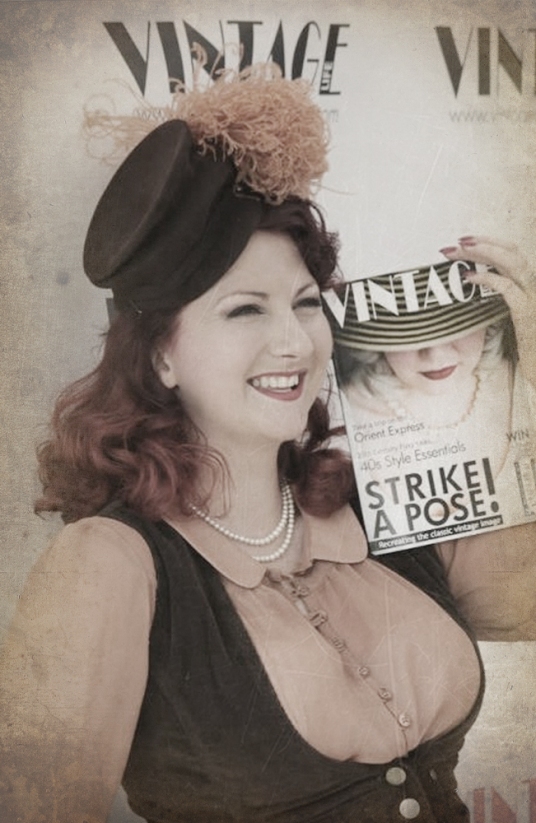 I managed to meet up with some of our friends Lola Lamour, Luna Nightingale plus David Burt, Madeleine Brown, Adam Hoffman (Mr Twinwood!) plus Leanna Faulkner (Voted 2nd in the Miss Twinwood competition), Lee Parker, Shona and Twan of Heyday, the Elliots, the girls and boys from Vintage Life and even a lovely lady that I first met on The Berliner trip!

Shona and Kitten, both in Heyday dresses! Taken by Mr Mew

I couldn’t wait to show Shona my Mary dress that I had embroidered with twigs of oak leaves and swallows. It was taken from a 1940’s embroidery pattern that I had found and doctored. It was my first attempt at embroidery and I was proud of my efforts! Shona was wearing one of her beautiful wrap dresses and an original hat!

On the Saturday and Sunday evenings I had performances in the Colonial Club, Casablanca Club and Cafe du Bois. The big marquee was perfect for my Lili Mewleen act and although there were a few technical hitches on the first night, the routine went down very well with the audience and I got super feedback! 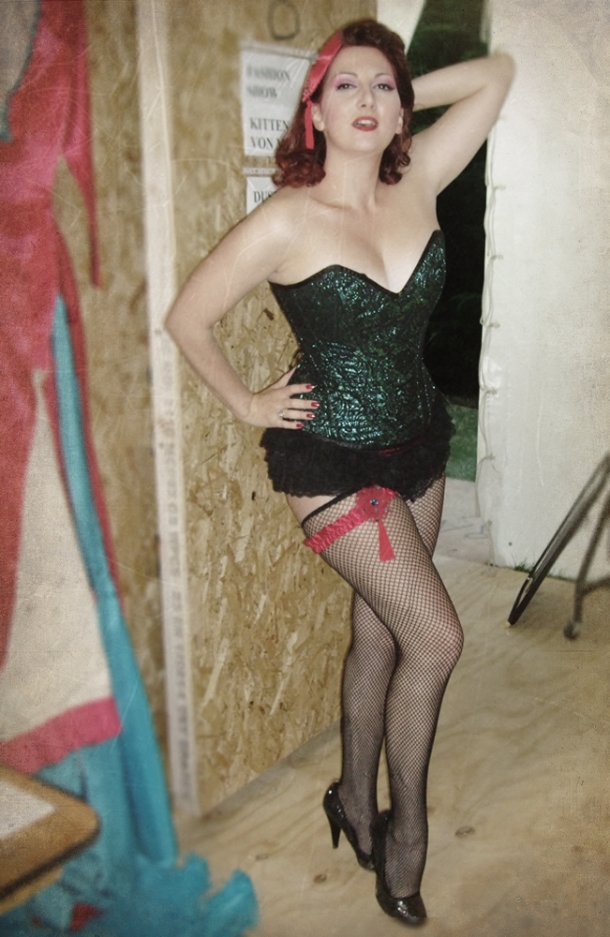 Kitten in her Voller’s Corset getting ready for her Lili Mewleen act!

In the Casablanca and Cafe du Bois Clubs I did my ATS fan dance with spitfire pasties. The atmosphere was electric in these tiny clubs and it was rather hot in there too! Shame I got poorly with a migraine so missed my last performance of the weekend, but Im so glad I made it through the rest as the audiences were fabulous!

John Miller seems to remember me….

Worryingly he seems to remember Richard too…

We got to see the Glenn Miller Mystery film that I was looking forward to watching in the Tin Hat Club. They had done a very good job in transferring the stage play onto film and I was pleased to see that they had used the same actors too. The fact that it was set in the buildings in Twinwood made it more real and creepy. I could see this being re-made for the big screen for sure!

One thing that completely made me wobbly was the fact that Max Raabe and his orchestra was staying at our hotel! I had a few little chats with the gents and they were lovely and wanted to try and play in England more as they only came over last year. It is amazing to think they have been around for so many years, yet the British vintage market is only just tapping into their talents! 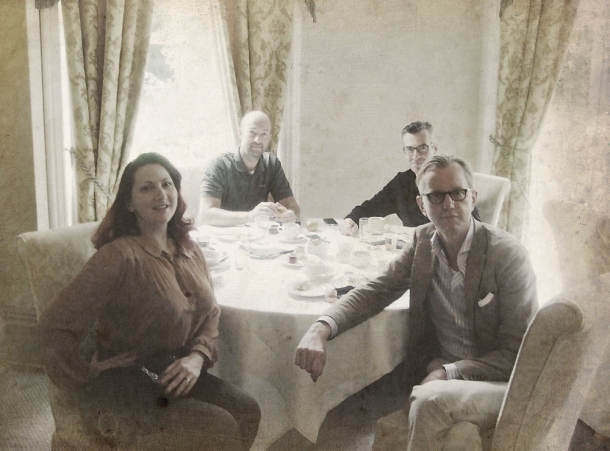 Max Raabe and some of his Palast Orchestra with Kitten von Mew. Taken by Mr Mew

Unfortunately when I was getting ready to go over to the small clubs, they were performing, so I had to sneak out and take a bit of video and a few photos when I could! 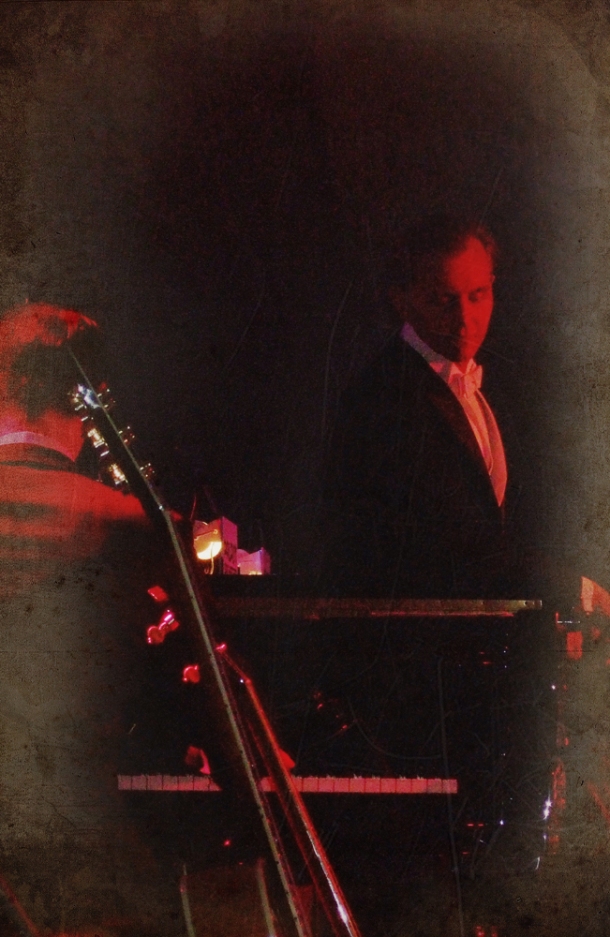 So roll on next year! Hope you all had a great time too, I saw soooo many people dressed up and having a good time!

Vintage pinup girl in Great Britain, singing at WWII events, vintage fairs and Blitz Balls with 1940's, 50's and Christmas classics. I also model for Heyday Online, Luxulite Jewellery and have been featured in many publications including Vintage Life, Daily Telegraph, WW2 Reenactors Magazine and more. My other interests include creating Steampunk hats and accessories, writing, being a mother to Betsy Boo, vintage fashion and flea markets! I run a none-profit crafter's group in Snitterfield every week to help combat loneliness, depression and more.
View all posts by Kitten von Mew »
← 1940’s Hair Tutorial for my 100th post!
Twinwood Festival Burlesque Photos by Lee Parker →