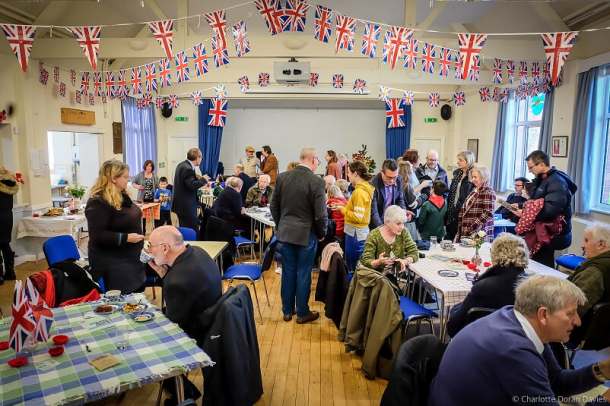 As you all know, Remembrance Sunday 2018 marked 100 years since the end of the First World War. This has obviously been the main focus of this year’s anniversary, with remembrance poppies being significant to the fallen of the Great War.

One of the most iconic symbols in the UK to be associated with war, the poppies pay homage to fallen servicemen, women and animals that have served and fallen.  The paper versions you may purchase each year to adorn your lapel are actually made by disabled or impaired veterans.  These have been created since 1922 (albeit the originals were made of silk) and are a significant part of our Remembrance Days and services. 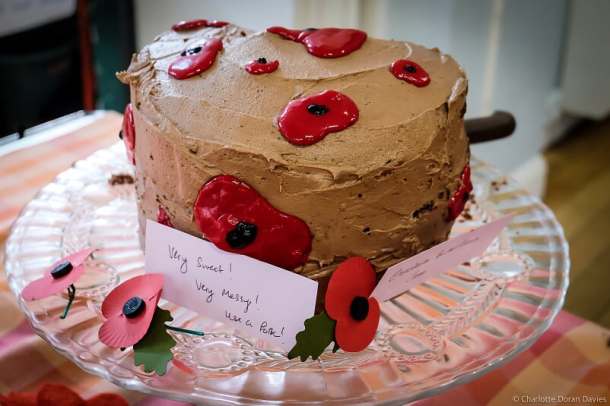 This year there has been an abundance; created by the W.I., crafting individuals, church groups, schools and more. The public displays have been breathtaking and in some cases extremely moving.

A few years ago I thought it would be nice to start a Post Remembrance Service Cafe in Snitterfield so that people could warm themselves with a nice cup of tea and piece of cake. 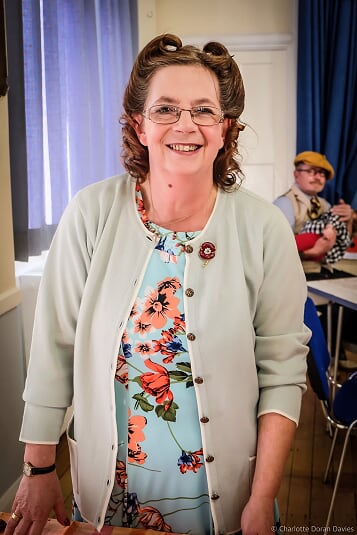 Angie Tomes (with a sprinkling of volunteer helpers) has helped me turn this 2 hour event into a yearly one that raises money for a different charity each year. 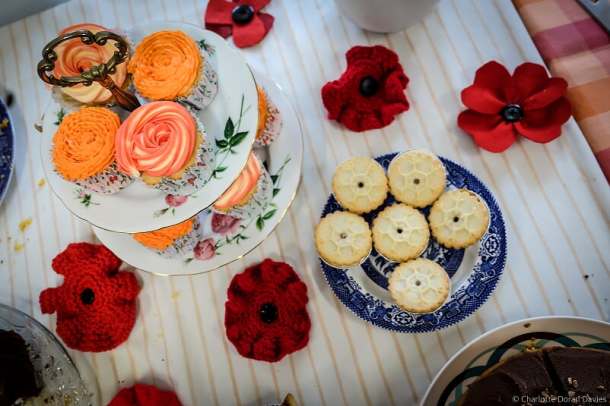 A charity very close to my own heart is Combat Stress, which started in 1922 and helped rehabilitate veterans suffering from shell shock after the war. Instead of shutting them away in a mental hospital, this charity would use things like basket weaving to focus their minds, relax and socialise. To this day, the charity help ex-servicemen and women suffering with depression, anxiety, shell shock and other mental illnesses with the aid of creativity and specialist therapists. 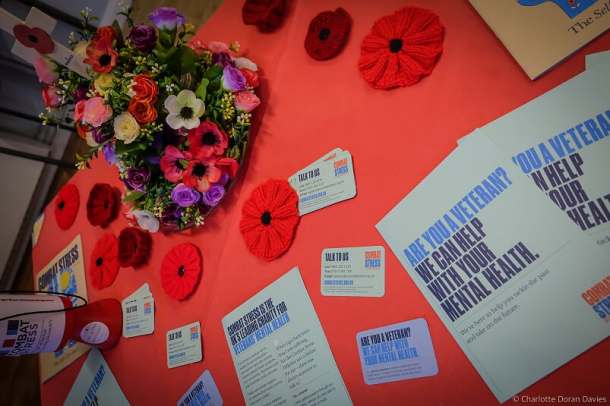 First and foremost, thank you to everyone who donated cakes, money and their time! The cafe was busier than ever and it really was an incredible event. I must apologise for my sound system playing up! I battled through as best I could and have now found the error, so next year will be back up to scratch! 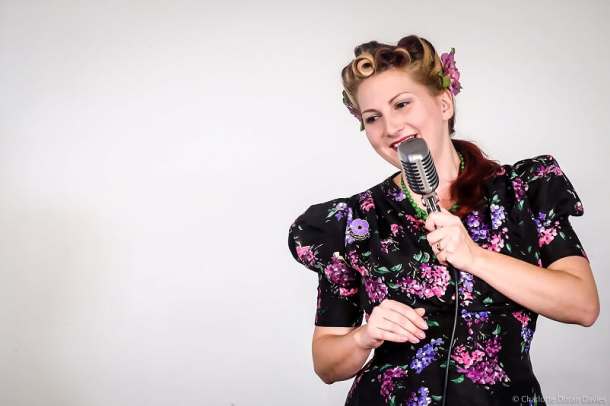 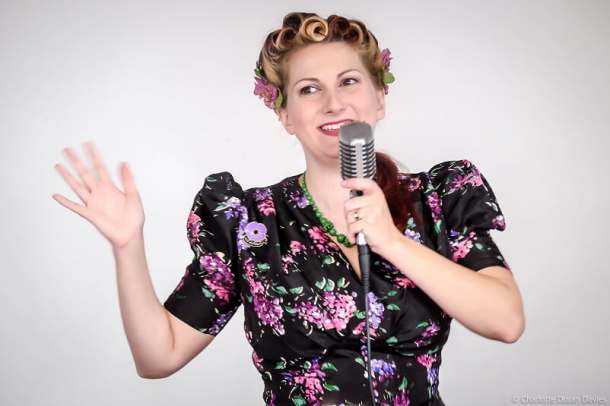 After the cafe, we headed to St. Mary’s Church in Cubbington. Well, what a gorgeous little church! Not only was it pretty to begin with, but the amount of poppies and displays were incredible. I got to sing in front of a packed crowd and felt very honoured to be part of such a special day. We managed to collect just over £312 for Combat Stress! 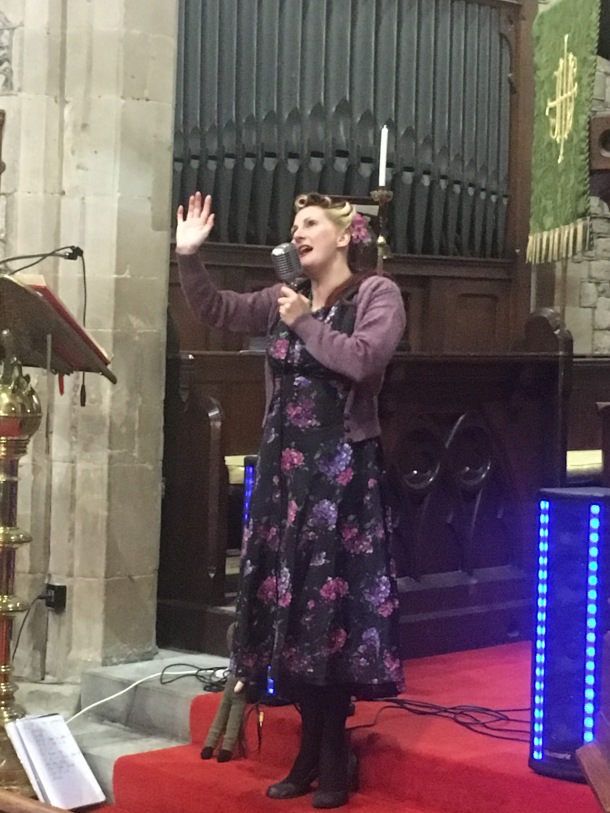 Thank you to Charlotte Doran Davies for the wonderful photos from Snitterfield and to Trevor Wright for the ones at Cubbington!

Posted in Day to Day, Events and Performances, WW2 History. Bookmark the permalink.

Vintage pinup girl in Great Britain, singing at WWII events, vintage fairs and Blitz Balls with 1940's, 50's and Christmas classics. I also model for Heyday Online, Luxulite Jewellery and have been featured in many publications including Vintage Life, Daily Telegraph, WW2 Reenactors Magazine and more. My other interests include creating Steampunk hats and accessories, writing, being a mother to Betsy Boo, vintage fashion and flea markets! I run a none-profit crafter's group in Snitterfield every week to help combat loneliness, depression and more.
View all posts by Kitten von Mew »
← Witchcraft and Wizardry Afternoon Tea at Fawsley Hall
Welcombe Radio →