I had been to this fantastic little gem with the MVT many years back! We were lucky enough to be shown around by Tony Oliver himself, who collected the amazing range of First World War and WWII pieces in the cabinets as well as all the vehicles. When you arrive at the site, you may be mistaken for thinking that you have arrived in the middle of a giant police raid, but all the cars inside and out are available for (or have been used) in a variety of television shows and movies. As well as police cars there are military vehicles, bicycles and motorbikes from many different eras. The main exhibit focuses on 1900’s to 50’s, with a great collection of WWII vehicles (including Lt.Gruber’s ‘Little Tank’ from Allo Allo and another vehicle used in Indiana Jones!). General MacArthur’s Cadillac is gorgeous and there is also a very pleasant USO Shows exhibit too! 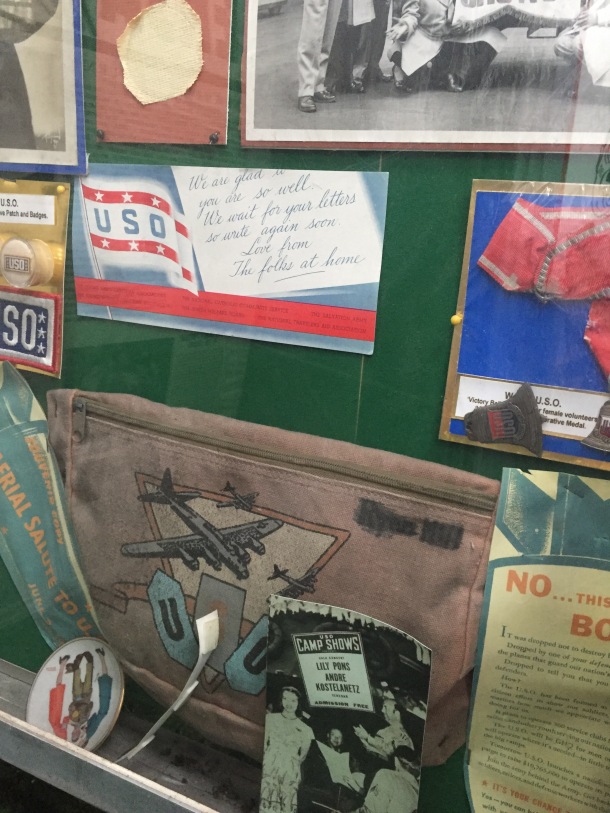 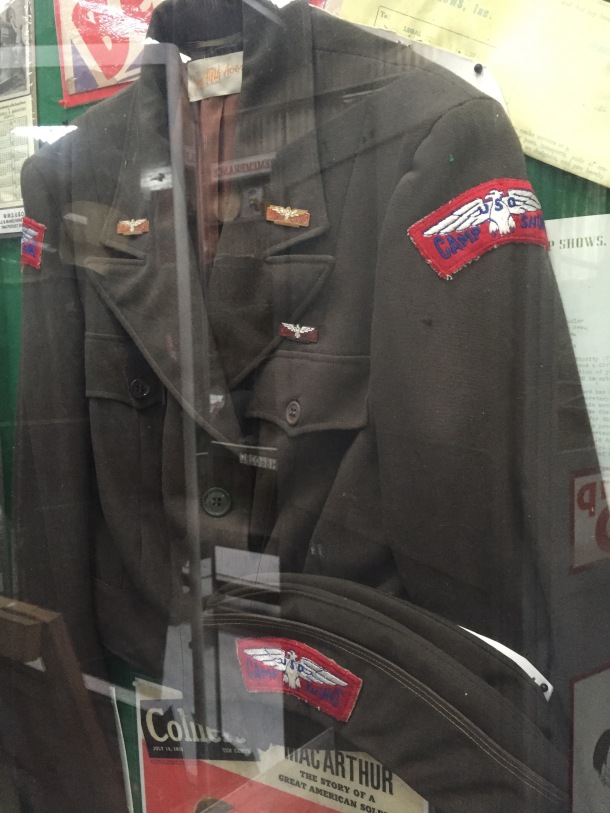 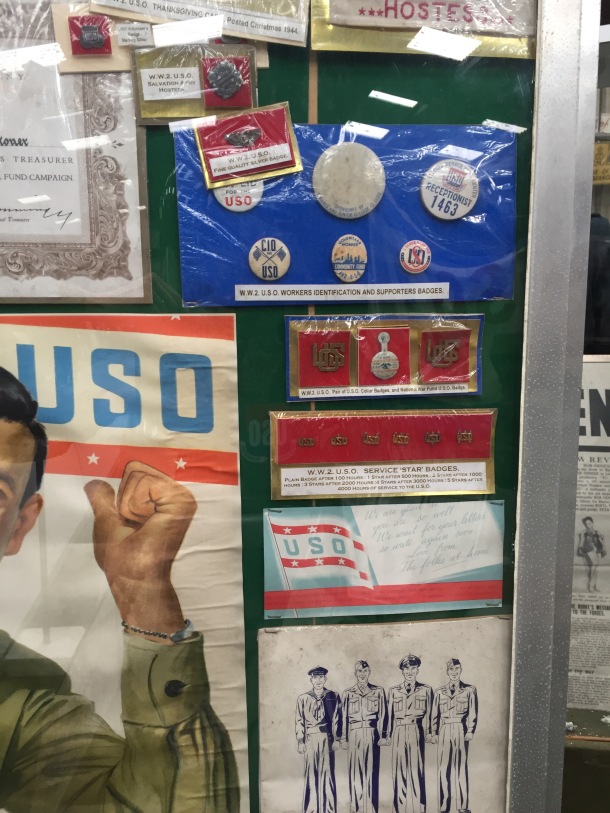 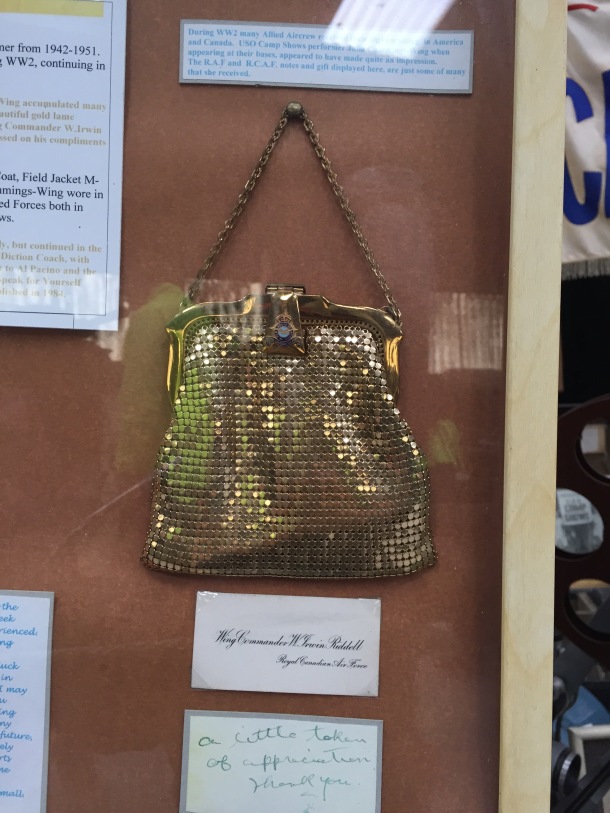 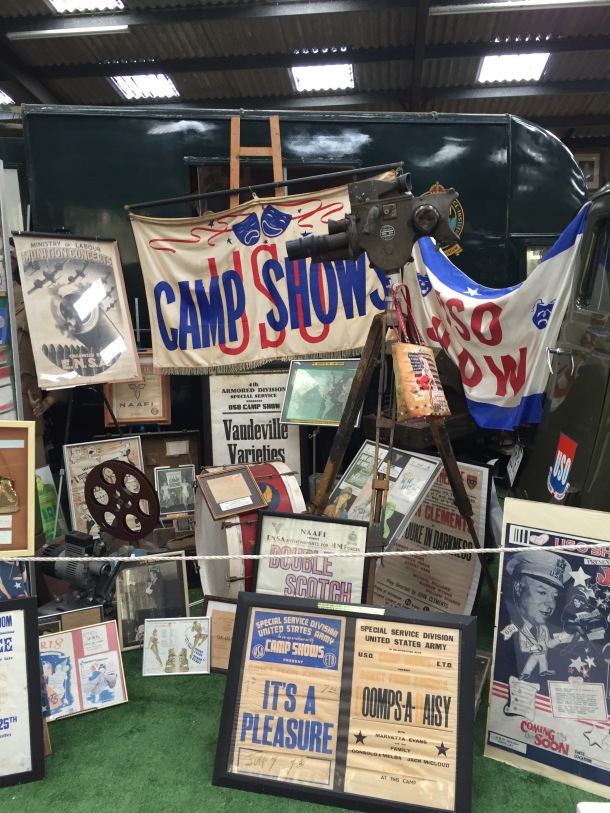 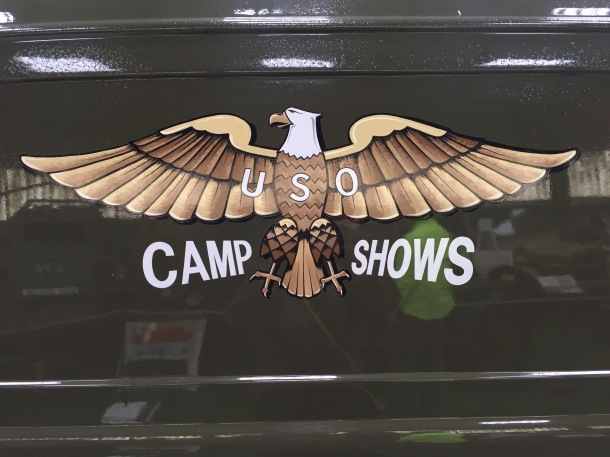 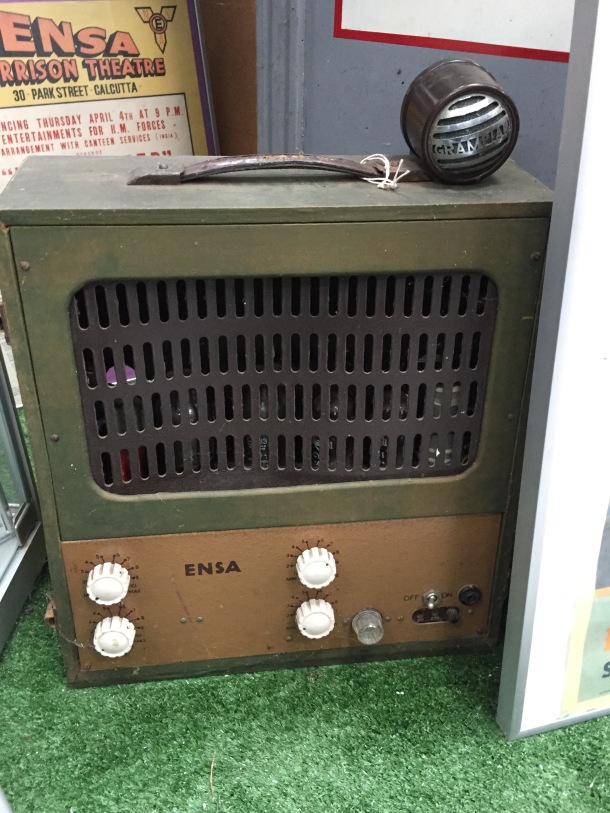 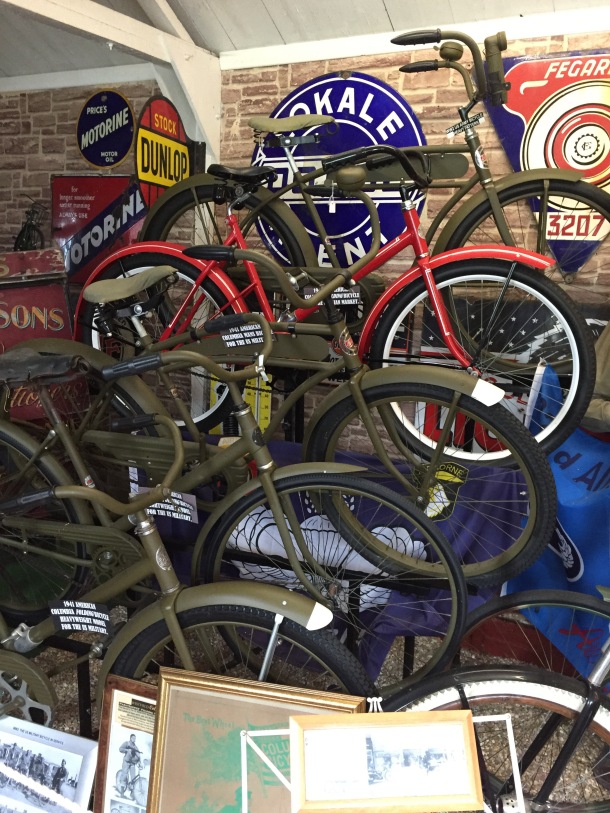 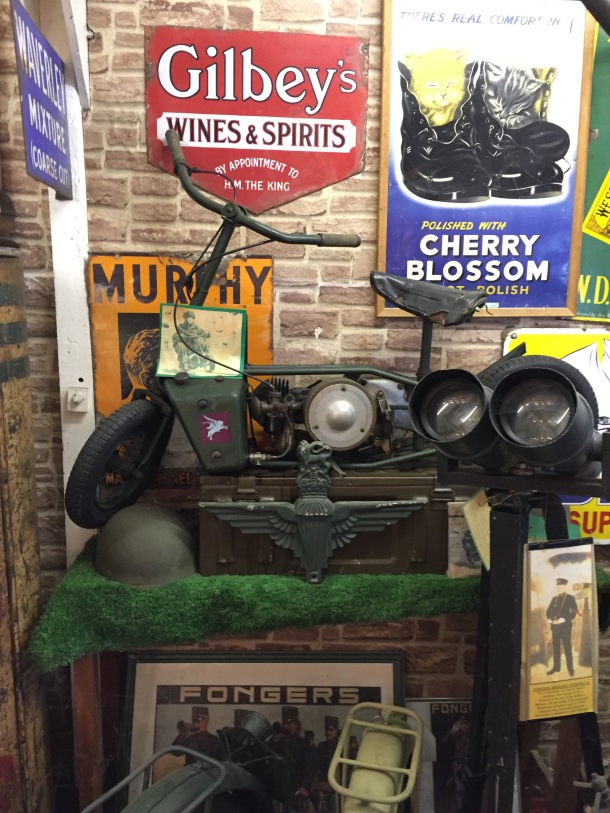 If you aren’t fussed about cars and bikes, there are so many other things to admire. From the resident pussy cat to vintage prams, wartime sweetheart jewellery to the lovely little cafe selling homemade apple pie, there is something for everyone. 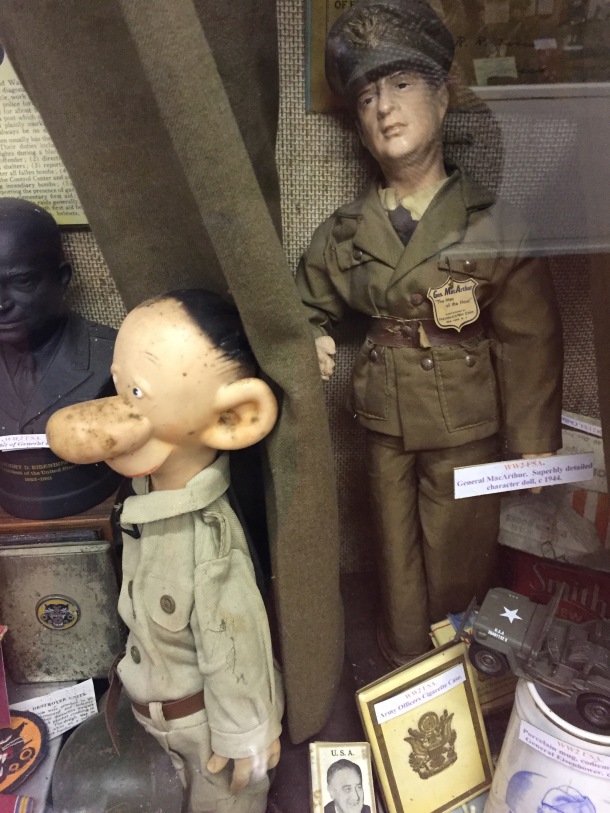 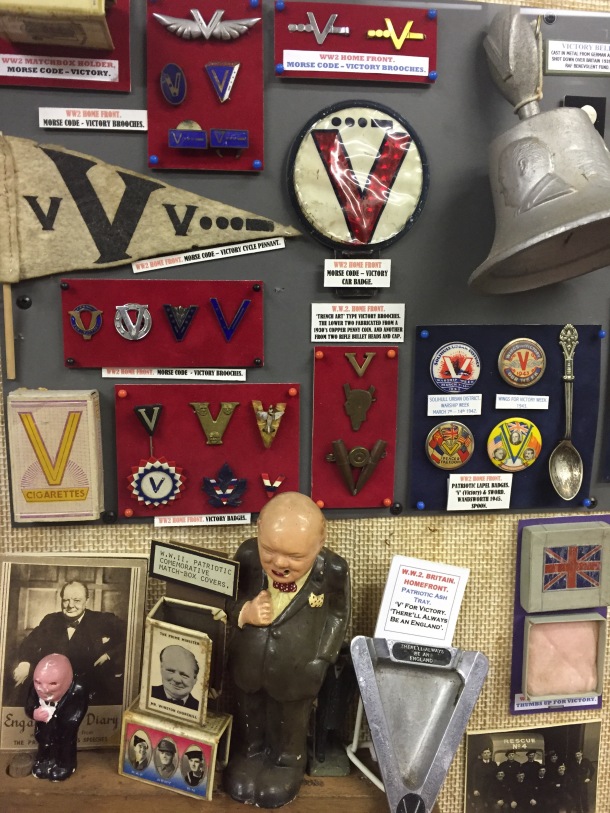 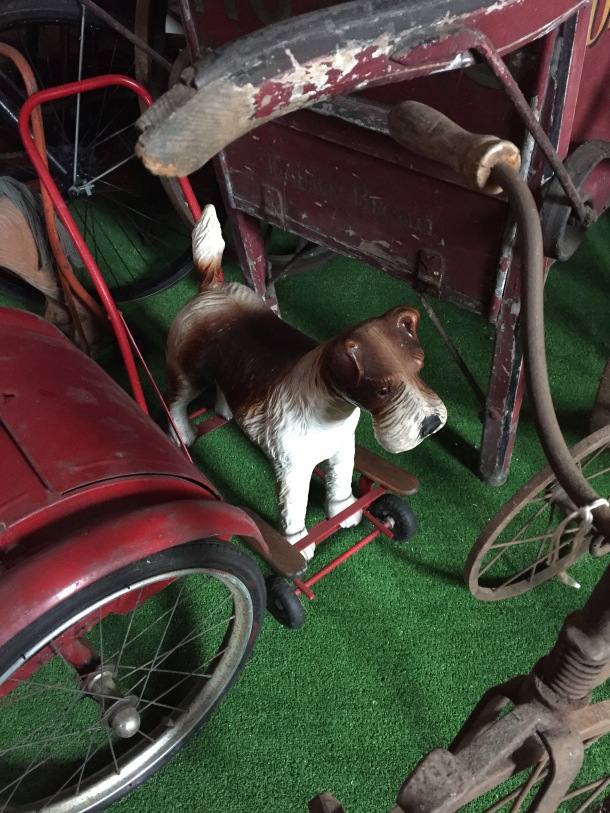 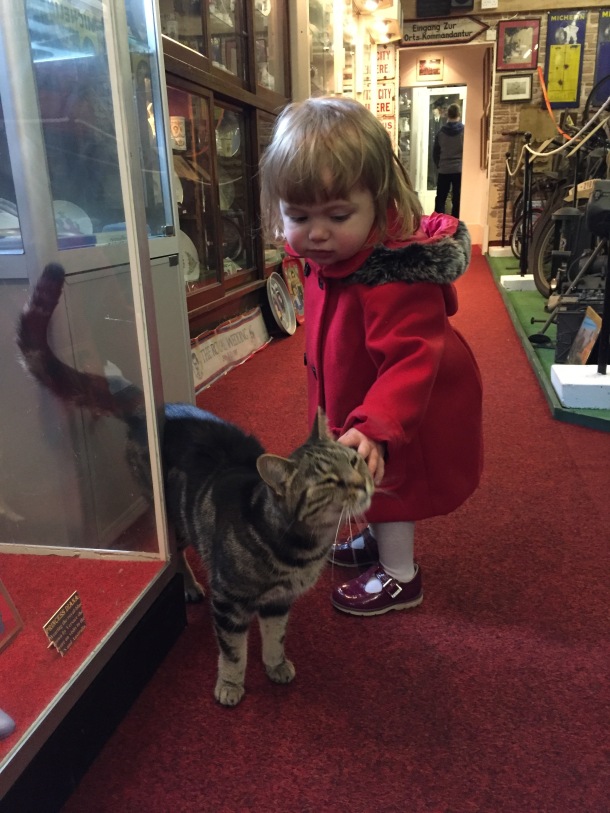 My favourite was definitely the gallery of wall cabinets. Full of dusty old wonders from the world wars, you can see uniforms, souvenirs, toys, paraphernalia and medals from Allied and Axis forces. There is even a taxidermy dog that was once found by Mr. Nicholas and his ambulance crew, whom were part of the Royal Army Medical Corps in the first war. They named him Tiny and he stayed with them throughout their time in France. Mr. Nicholas was permitted to take his doggy pal home, but unfortunately Tiny was struck by a car years later. He now sits and stares at all the visitors as they enter the museum! 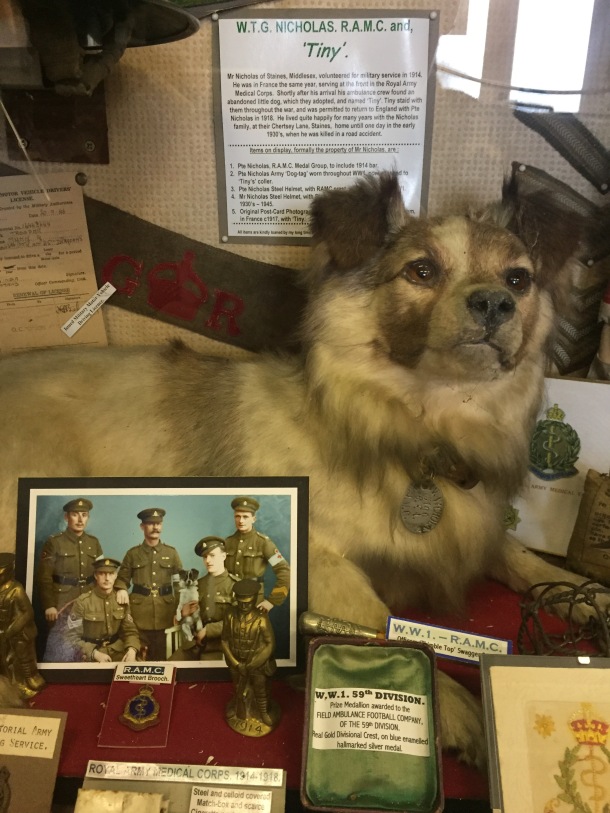 There is a rather quaint (but out of place) Princess Diana exhibit of souvenirs and memorabilia owned by another member of the family and also a little Anderson shelter, 30 seat cinema and living room set up too.

It’s a bit dusty, a little damp and yes, there is bird poo on a few posters and flags, but you can see the pure joy and commitment that Tony had whilst building his fascinating collection. It is wonderful that the family are still looking after it and opening the museum doors once a month to the public! 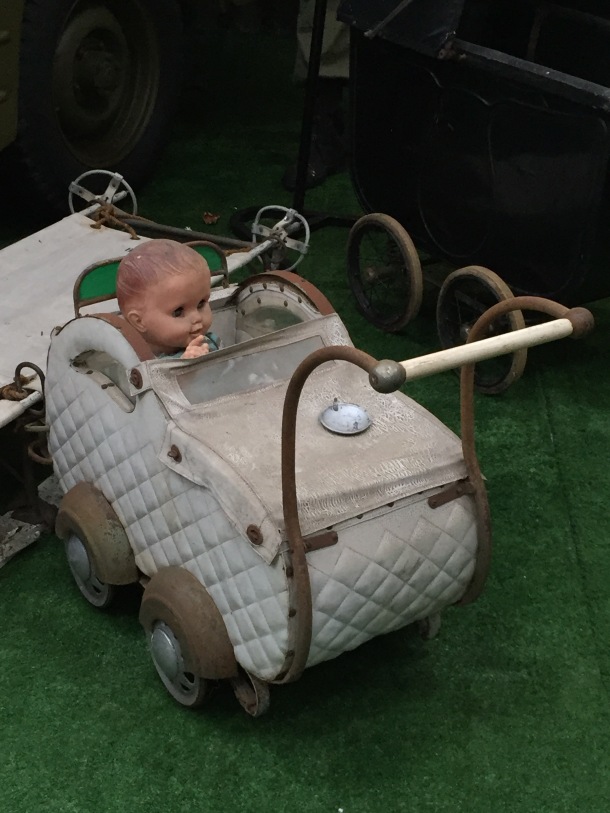 This doll was found in a bin in the 40’s. A man cleaned it up, made a dress out of parachute silk and gave it to his daughter. 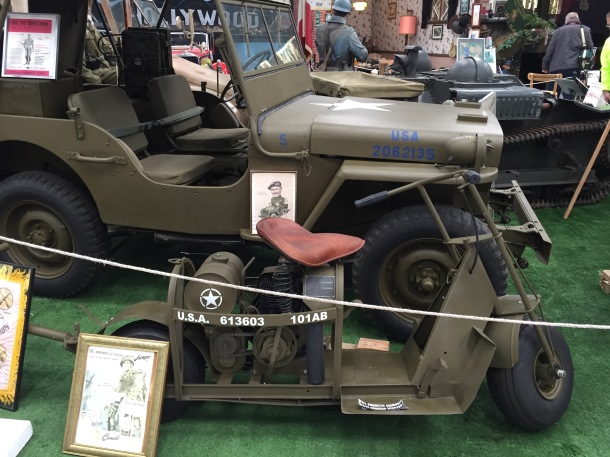 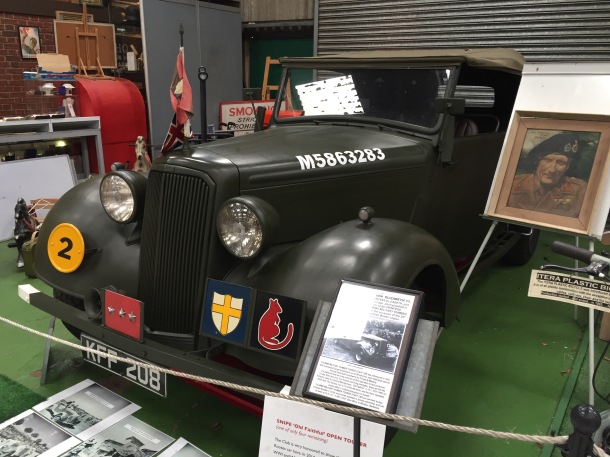 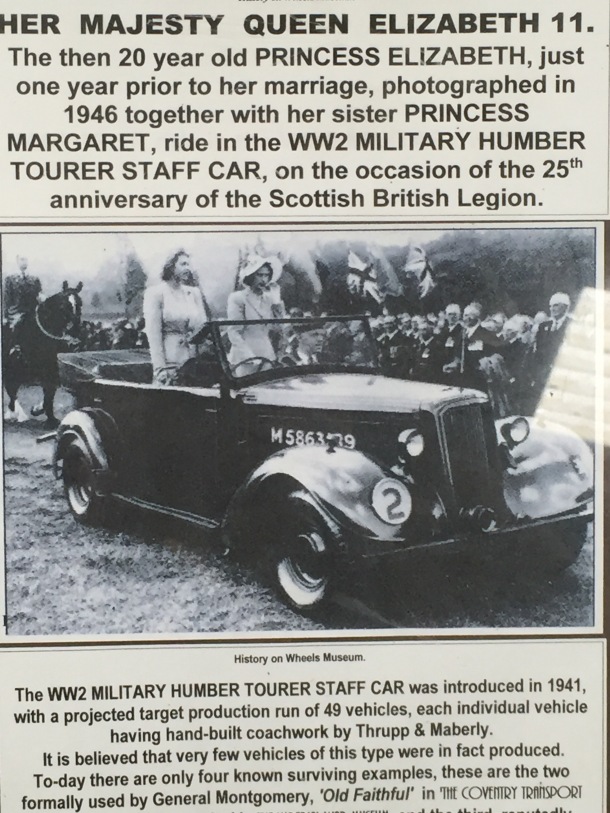 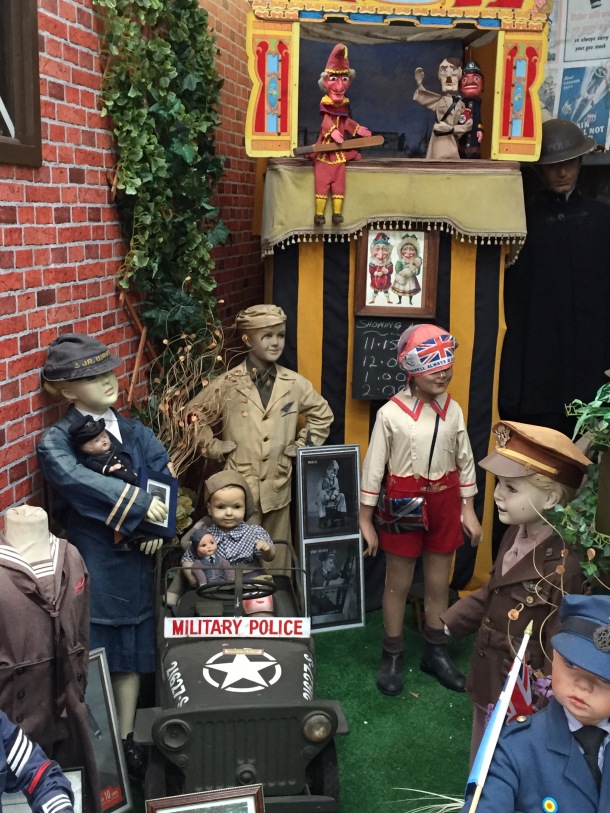 Hitler Puppet for Punch and Judy 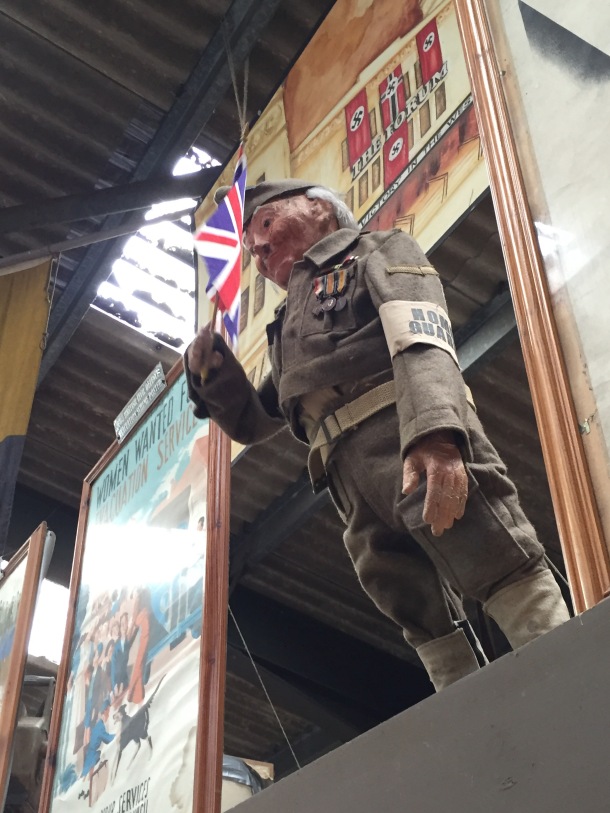 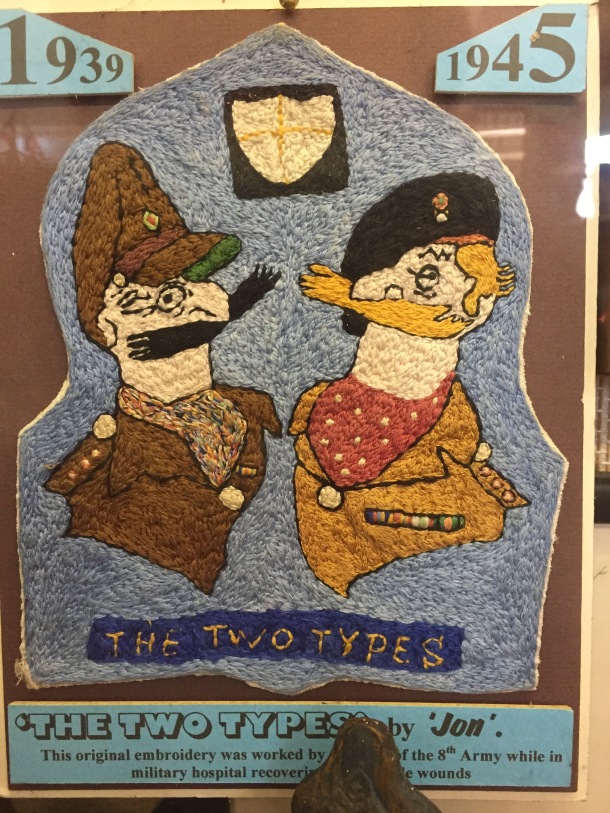 The museum is generally open on the last Sunday of each month. Their website is currently not up to date, so it is best to call in advance: tel:07850 38136

PLEASE NOTE:The museum doesn’t take card, only cash! We did manage to pay via PayPal, which was handy!

Vintage pinup girl in Great Britain, singing at WWII events, vintage fairs and Blitz Balls with 1940's, 50's and Christmas classics. I also model for Heyday Online, Luxulite Jewellery and have been featured in many publications including Vintage Life, Daily Telegraph, WW2 Reenactors Magazine and more. My other interests include creating Steampunk hats and accessories, writing, being a mother to Betsy Boo, vintage fashion and flea markets! I run a none-profit crafter's group in Snitterfield every week to help combat loneliness, depression and more.
View all posts by Kitten von Mew »
← Pompadour Roll Hair Tutorial
Crich Tramway WWII Weekend 2017 →