So another Goodwood Revival has come and gone! I have never seen so many people there as I did this year, it was an epic show. It was wonderful to catch up with familiar faces although I didn’t get my annual Lord March shoulder pat, which was most disappointing…

This years celebrities were the petite and gorgeous Geri Halliwell and the ever grump-tastic Rowan Atkinson who I still adore despite his true Blackadder personality (this was even before he crashed his car, so no excuses!). If you know of more then let me know!

I was looked after beautifully yet again by Sue and the team, who never fail to impress me with their organisational skills and spirit.

Less talk and more pictures! I have more that I will add later! Enjoy!

Sue and Kitten with the cheeky grid girls! 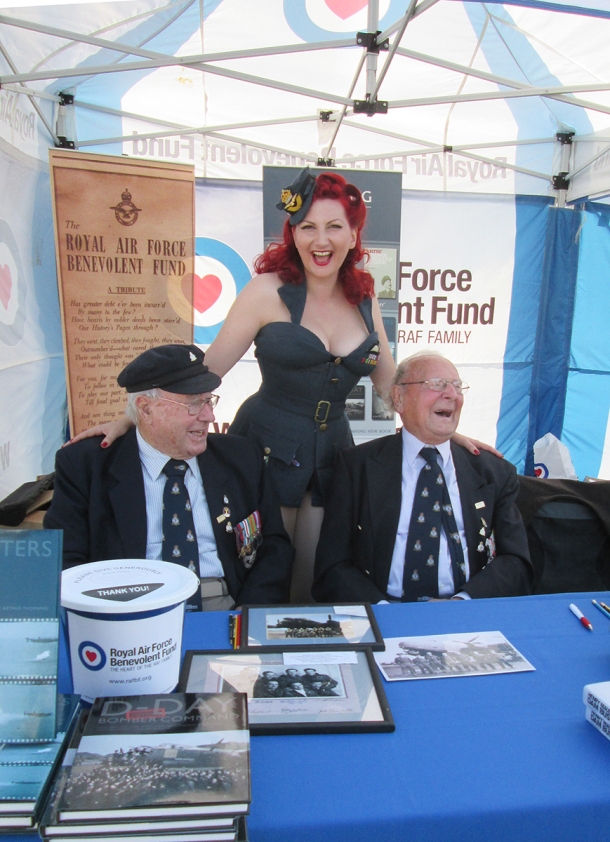 Heard of Benny and the Jets? Meet Kitten and the Vets! These two fabulous gents were signing books at the RAF Benevolent Fund tent. So much hilarity, we went back the next day for more…and a sing song!

This replica First World War Bi-Plane is part of a project being funded by the famous director Peter Jackson. He is such a massive fan of the aircraft, he had a cameo appearance in one for his film adaption of King Kong.

Amazing track moment on Sunday. I took all these from the Start Line Grandstand. It was the most wonderful moving exhibit of vintage vehicles I have ever seen! And the 2 Lancaster Bombers were incredible moving! 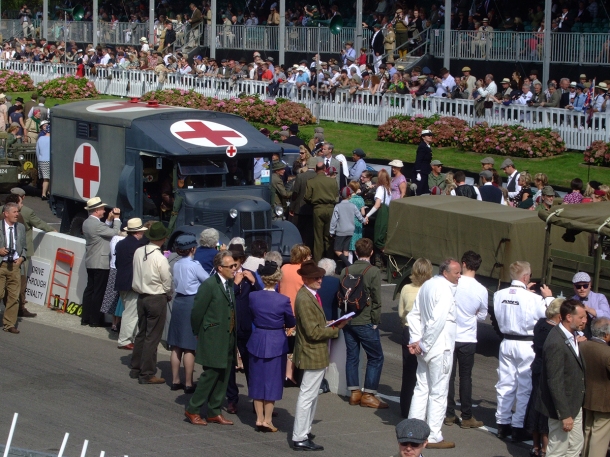 Jackie Stewart and Kitten von Mew. He was one cheeky chappie! Glad some things never change!

Vintage pinup girl in Great Britain, singing at WWII events, vintage fairs and Blitz Balls with 1940's, 50's and Christmas classics. I also model for Heyday Online, Luxulite Jewellery and have been featured in many publications including Vintage Life, Daily Telegraph, WW2 Reenactors Magazine and more. My other interests include creating Steampunk hats and accessories, writing, being a mother to Betsy Boo, vintage fashion and flea markets! I run a none-profit crafter's group in Snitterfield every week to help combat loneliness, depression and more.
View all posts by Kitten von Mew »
← WW2 Songs and their Origins
The National Trust Back to Backs, Birmingham →