This weekend (15th March 2014), we went to Warwickshire Exhibition Centre’s Garden Rail show! It was fantastic, with everything from 2 Gauge to T Gauge! As usual I was completely fascinated with all the little things and aging techniques. Some of the little people were completely hilarious and the hand built trains were so awe inspiring! Some of my favourites were the industrial set ups that reminded me of Tysley’s depot and a 1930’s tin railway with original and repro pieces (yes they actually make them just like the originals!).

Here are some photos I took on my way around…

More of the American train set, which featured a fantastic bridge and river! 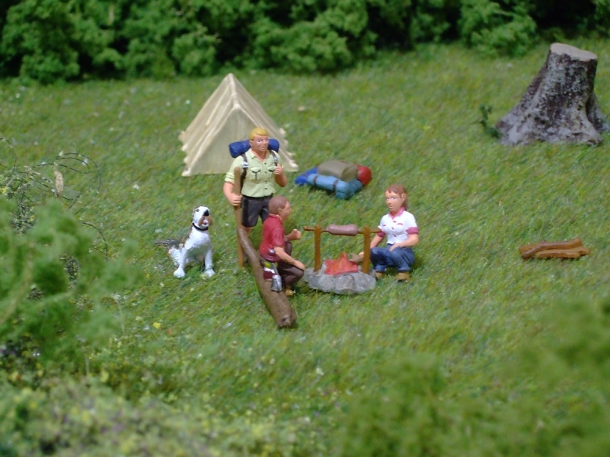 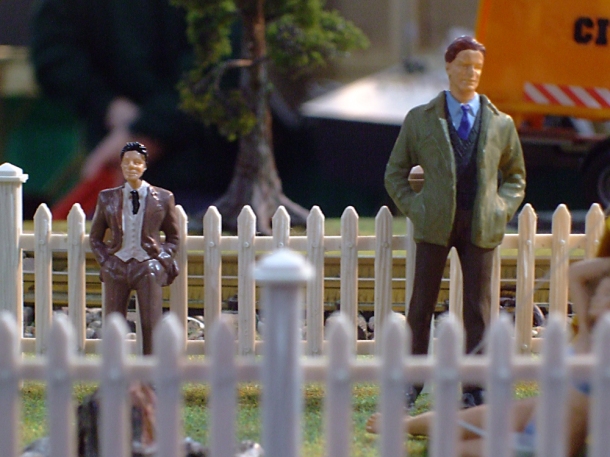 These are T Gauge people and animals! It’s like looking at Google Maps! 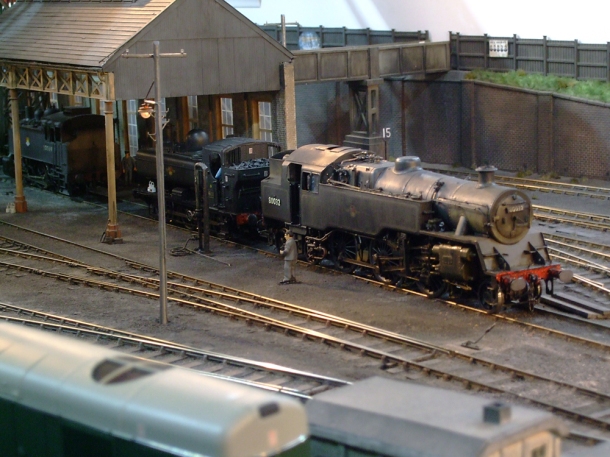 Vintage pinup girl in Great Britain, singing at WWII events, vintage fairs and Blitz Balls with 1940's, 50's and Christmas classics. I also model for Heyday Online, Luxulite Jewellery and have been featured in many publications including Vintage Life, Daily Telegraph, WW2 Reenactors Magazine and more. My other interests include creating Steampunk hats and accessories, writing, being a mother to Betsy Boo, vintage fashion and flea markets! I run a none-profit crafter's group in Snitterfield every week to help combat loneliness, depression and more.
View all posts by Kitten von Mew »
← Burgh Island Valentine’s Weekend – Part 1
Bare-Faced Cheek →