War and Peace Revival – Because you can’t ration the best show in the world! 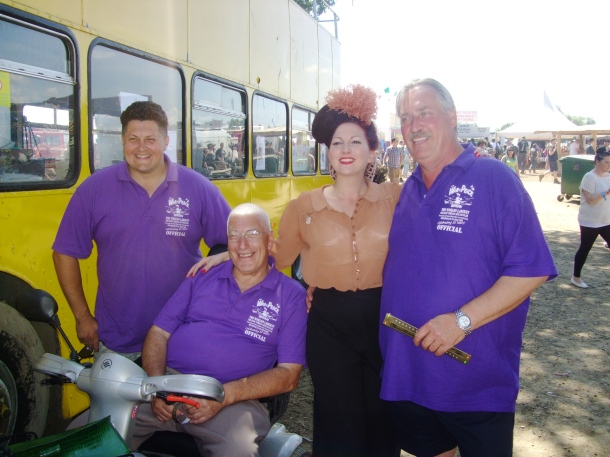 The War and Peace Show has been at the Hop Farm in Kent for the past 25 years. With rumours ‘dot-dot-dash-dashing’ on the reenactor grapevine and hushed whispers of the event closing its doors, we can faithfully poo-pah rumours and say ‘huzzah!’ to the new phoenix rising from the ashes/ water logged fields. War and Peace Revival won’t be the same….it will be even better! Based at Folkestone Racecourse it has given Rex and the team scope to plan the reenactment fields and entertainment area more carefully, with better facilities for the public, vendors and performers!

Imagine watching the choreographed reenactments and vehicle displays from the grandstand…a market place dedicated to vintage fashion and homewear as well as the separate military stalls…and being able to get there by train instead of car with only a short walk to the station!

I wanted to find out what the man behind the world’s largest and most renowned military show had in store for us in 2013….

What made you decide to start again with the UK’s largest military show?

After 30 years of the show we started to feel that it had lost its momentum and was becoming a bit predictable – not perhaps to the vast majority of our public visitors, but certainly to
some of our exhibitors and Officials. After a very tough 30th anniversary show we felt we were left with two choices; to call it a day and close the show on a high, or to close it and relaunch at a new venue with a new name. Having spoken with some of our valued friends within the military vehicle world during late summer, we realised that closing the War and Peace Show without anything else was not what any of us really wanted, so we were really left with just one choice: to relaunch a new and improved version. 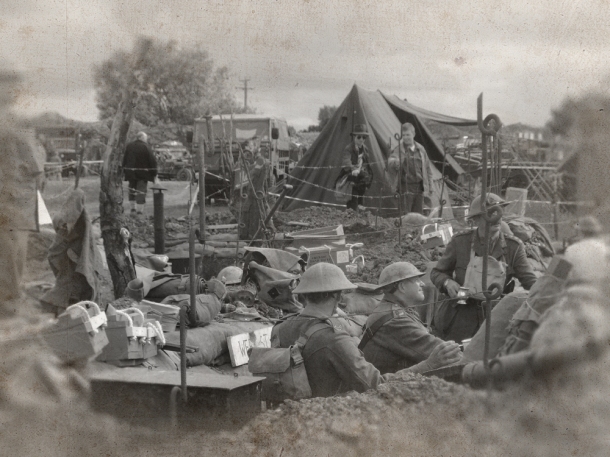 What has been your overall favourite moment?

The Sunday night Officials get together in the Dray Bar in 2000 where my friend and later business partner, Brent Pollard, who owned the Hop Farm, gave me permission to go behind the bar and pour my own beers. When spotted by the staff, who immediately attempted to take control of the beer pump on my behalf and shoo me out! Brent stepped behind the bar and said to his staff: “Rex is my friend and tonight if he wants to, he can give the whole goddamed bar away!” Those words resulted in one of the finest parties we’ve ever had, which saw over 50 Officials dancing on the bar. It was, without doubt, one of our most successful shows and many of us wanted to celebrate it and share it together.
.. and your funniest moment?

There have been so many, but I suppose one of the funniest memories we have involved my brother Rod and our workshop crew and Mike Stallwood of R&R Services and his workshop crew. Mike’s team took a corroded M38 A1 Jeep chassis and fitted a Ford Escort engine, gear box and back axle, adding military wheel rims and fairly tired bar grip tyres. Meanwhile, in our workshops, we took a very moth eaten Jeep body, one time property of Andy King, completely re-skinned it, welded on wings, bonnet, and seats, fitted a windscreen and all the little trinkets that would make it look like a wartime Jeep. Between the two workshops, both efforts were grafted together and without too close an inspection a very acceptable WW2 looking Jeep had been created.

On the Sunday of the Show, a T34 belonging to the Stallwood camp “broke down” in the Arena. Tony Lawrence, the Arena commentator was asked to put out a public address for replacement batteries to be brought into the Arena for the dead tank. The very smart Jeep miraculously appeared and drove up to the tank, parking at the rear where batteries were duly passed up to the tank crew. Meanwhile quite a substantial crowd of several thousand people lined the Arena barriers, waiting for the tank to fire into life.
All of a sudden the tank fired up, throwing up lots of black smoke – quite common on the old T34s. The driver, Tim Fuggle, rocked the tank back and forwards several times as though the brakes were sticking and all of a sudden the tank lurched backwards at speed, straight over the rather smart looking Jeep! As you can image – the gasps from the crowd could be heard for some distance. For me, the funniest moment of that entire escapade was at about 10.30pm when I was passed by two guys running hell for leather clutching a Ford Escort back axle that they had salvaged from the wreckage believing they had won themselves a gem! Like all stories, you really had to be there to see it. And to top it all, judging in those days was not the exact science that it is today – as the Jeep won Best Jeep in Show!

Can we expect any VIPs at the show (cast of war movies? Vera Lynn? Etc)

The old War and Peace Show often welcomed celebrities and VIPs, with many of them coming as private individuals. It was something that we prided ourselves on in that they felt able to visit our show without being subject to intrusive behaviour or being used as a PR tool. Over the years we’ve had royalty (foreign and British), film and pop stars, government officials and senior police and service personnel – many of them we only hear about afterwards! We’re at very early days with the planning of the new show, but we’re delighted that the cast of Allo Allo will continue to support us in our new War and Peace Revival. We fully expect the usual mix of celebrities to continue, and will as always respect their privacy. I’m reliably informed that people are amazed at who they meet in the stalls or bars at a War and Peace event. I once spent the day with a very famous local musician who seemed to know as much about War and Peace as I did. By the end of the day I had discovered how!
When you ran the first ever W&P did you ever imagine it would end up being so hugely popular and vast?

No! Actually when I became involved in 1989 as part of an organising team of two, I dragged my long suffering then secretary Barbara into the team and we set out to double the amount of vehicles that had been at the previous show. Our dream was to eventually see 1,000 vehicles – we never imagined that one day we would see 4,000!

I always knew it had scope to be something great, but I never dreamed it would get so big and with such a huge worldwide reach. We have literally welcomed visitors from every country of the world – now that’s some claim that not many shows and events can make! 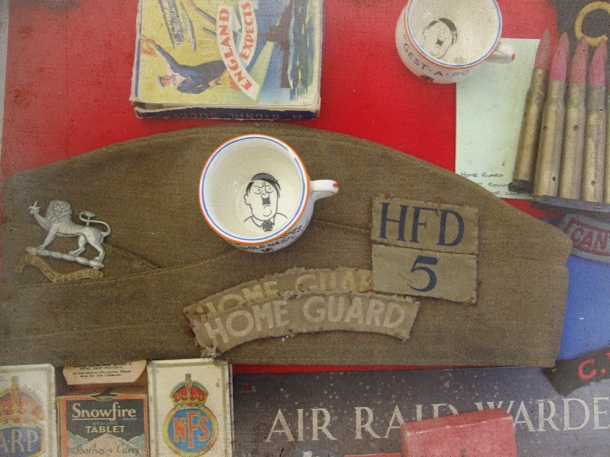 Items at War and Peace 2012 in the market area. Taken by Kitten von Mew

So there you have it, the same fantastic team recreating and remoulding the greatest military show on earth so that it may become even bigger and better than it was… But don’t forget the reenactment groups who make the event what it is, if it wasn’t for their amazing displays and dedication to War and Peace then goodness knows where it would be today.